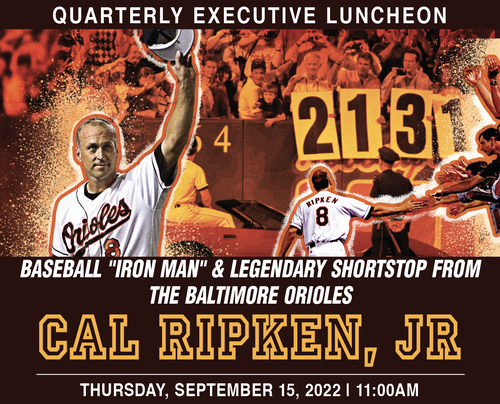 Baseball’s “Iron Man,” Cal Ripken, Jr. broke several professional baseball records during his 21 seasons, but none is as sacred as his consecutive-games-played record. Shattering Lou Gehrig’s streak of 2,131 games by more than 500, Ripken displayed perseverance, endurance, and an everyday work ethic that endeared him to fans, transformed him into a national icon — and some argue, even saved baseball at its darkest moment.  On July 29, 2007 he was inducted into the National Baseball Hall of Fame, collecting the second highest vote total ever by the BBWAA.

In 2011, Ripken was named as a special envoy for the US State Department, promoting teamwork and cross-cultural communication to Japan. Working with Secretary of State Hillary Clinton to fulfill her mission of diplomacy and unity through sports, Ripken has among his responsibilities visiting tsunami- and earthquake-ravaged towns and running baseball camps.

Ripken is the author of numerous books on sports and parenting, and has released two children’s books.

An inspirational speaker, Cal Ripken, Jr. is the personification of leadership, commitment, and excellence. In a warm and witty presentation filled with stories from his illustrious career, he shows how these keys to success apply to the business world as well as to the baseball field. From his own philanthropy with the Cal Ripken, Sr. Foundation and his dedication to helping children around the country through the Boys & Girls Clubs and the charity NikeGo, Ripken showcases how individuals can give back and create new opportunities for others. One of the most popular athletes of his generation, Cal Ripken, Jr.’s example inspires audience members of all ages to achieve their own brand of success 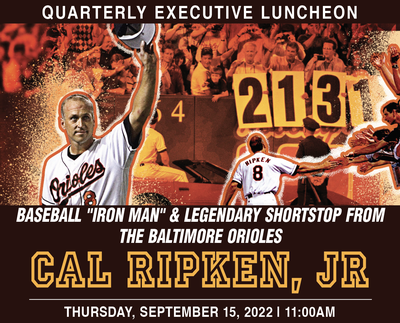